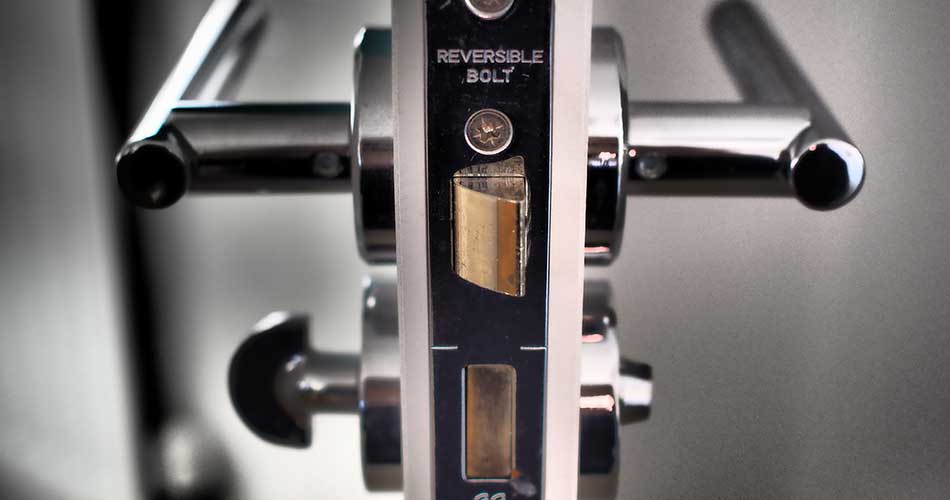 Most break-ins are committed by criminals who come right through the front door, according to Department of Justice statistics. Even if you’re diligent about locking up, you need a good deadbolt to thwart thieves. These door lock tips will keep you, your family, and your property safe and secure.

“The bolt portion of the lock, called the throw, isn’t the part that fails to hold up in our tests,” says Dave Trezza, an engineer who runs Consumer Reports’ lock testing. “There are other design flaws that allow burglars to break through and gain entry.”

Most locks use steel in the cylinder, which can be drilled open. The best locks use hardened steel or brass, and some reinforce the cylinder with hidden steel plates. It’s still possible to drill through a lock that has these built-in enhancements, but it can take so long that thieves give up and move on.

The biggest design flaw Trezza sees relates to the strike plate, the metal piece that holds the throw in a door jamb when the door is locked. Too many locks come with short, 3⁄4-inch wood screws for attaching the strike plate to the jamb. That makes it easy for an intruder to gain entry by kicking the door until the screws tear out of the soft wood.

For our kick-in tests, CR engineers use a custom-built jig to swing a 100-pound steel battering ram against a locked door. Locks are also subjected to picking and drilling. Smart locks in our ratings get additional testing. We evaluate their wireless setup and investigate features like smartphone alerts, remote locking, voice control (via Amazon Alexa, Apple Siri, and Google Assistant), shareable electronic keys, and more.

After putting dozens of locks to the test, we’ve selected five of the best from our Door Lock Ratings. But first, five models to pass on – they performed poorly in our physical challenges and/or our tests specific to smart locks.

Door Locks That Will Keep You Safe

The ultra-secure Medeco Maxum 11*603 is the best lock in our ratings, hands down. This high-security lock couldn’t be picked by our pros and has a hardened cylinder so strong we were unable to defeat it with a drill despite using several drill bits over a 15-minute period. We finally gained access by removing the screws, but that took another 15 minutes. This is a big enough deterrent that most thieves would give up and look for a different house. Another plus: The Medeco Maxum is one of the few locks that comes with adequately long screws for the strike plate, right out of the box.

The affordable Kwikset 980 is a terrific lock for the money. It couldn’t be picked by our pros, and despite the low price, it comes with long screws, which means the strike plate secures solidly to framing, guarding against kick-ins.

The Baldwin Prestige 380 earns marks almost identical to the Kwikset. (The brands are owned by the same company.) Like the Kwikset, it comes with sufficiently long screws for the strike plate, which helped it stand up to CR’s kick-in test. And it couldn’t be picked. Unlike the Kwikset, this model is plated in brass; it also comes with a heavier gauge key.

While some smart locks replace an entire deadbolt, others are designed to replace only the interior side of the lock. (These are called retrofit smart locks.) The August Smart Lock AUG-HK falls into the retrofit category—and thanks to features like geofencing (your phone will lock or unlock the door based on proximity when you leave home or return), it’s the best smart lock we’ve tested.

Of course, as with all retrofit locks, the August is only as strong as the deadbolt it’s paired with. In our tests, we installed it with the Kwikset 980 (above), and the combo stood up well to kick-ins and picking. The August allows you to share electronic keys (which means guests can open your door with their phones) and create a log that tracks each time the door has been locked and unlocked. It also works with Apple HomeKit/Siri, Amazon Alexa, and Google Assistant.

The Schlage Sense Smart Deadbolt offers similar functionality to the August, but it replaces your entire deadbolt and adds a keypad so you have the option to use access codes instead of physical keys. It’s easy to manage the codes from your smartphone. In our tests, the Schlage Sense stood up well to both kick-ins and picking. Like the August, it works with Apple HomeKit/Siri, Amazon Alexa, and Google Assistant.

Follow these door lock tips to secure your residence from unwanted break-ins.