Biometrics: What Businesses Need To Know 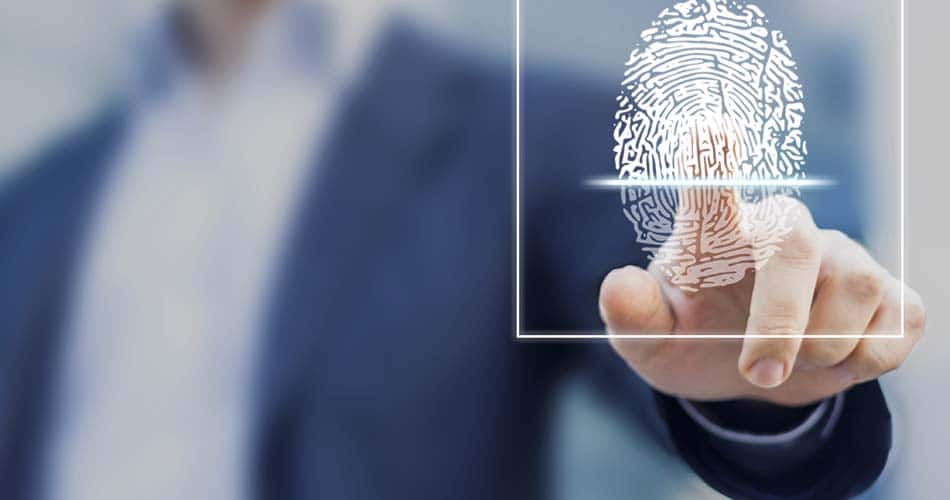 Generally speaking, biometrics refers to the measure or statistical analysis of a person’s physical or biological characteristics. However, increasingly the term is being defined more narrowly, at least in a business context, to refer to biometric security.

Although passwords can be guessed and network vulnerabilities exploited, overcoming biometric security protocols is significantly more challenging. For example, how would a cybercriminal go about duplicating a fingerprint or an iris scan? As a result, the unique aspects that make up our physical features are increasingly being utilized for authentication methods by businesses all over the world.

The fact that biometric technology is increasingly finding its way into the business environment should perhaps come as little surprise given recent developments in the consumer space. The use of biometrics within smartphones, for example, will certainly help encourage mainstream acceptance of the technology. New models of Apple’s iPhone, as well as many Android handsets, now include fingerprint scanning technology. Dan Bachenheimer, director at Accenture Public Safety, believes that developments such as these will help to drive biometric adoption.

In fact, Juniper Research recently estimated that 770 million biometric authentication applications will be downloaded each year by 2019, representing a significant increase from the 6 million downloaded in 2015. Some businesses are already embracing biometric security and we’ve listed some common implementations below:

Similar technology is also being trialed by Barclays bank in the form of a finger-vein ID reader. This takes an infrared scan of the customer’s unique vein pattern in order to verify their identity. Eventually, this could see authentication methods like PIN codes and passwords abandoned. The system has already been trialed in Poland and there’s no need to worry about any grisly criminal activity as the scanner only works with a live finger.

Iris scanning – As an alternative to fingerprint recognition, iris scanning is also being employed by businesses to deliver a faster, more secure form of authentication. Although banking trials have been implemented, the technology is also being utilized by the United Nations’ refugee programme. Iris scanning is used in ATMs, banks, and airports across the Middle East, so the technology is helping the UN to process refugees more efficiently and crack down on aid money fraud.

Aside from security, biometrics are being used to create other business advantages. Some organizations have begun using the technology to prevent time loss, for example, making it more difficult for employees to fake being at work. Employees sometimes ask colleagues to sign them in and out of work fraudulently, which can add up to significant losses for their employers. This has led some companies to use biometrics to verify employee presence. The use of a fingerprint scanner, for example, can give businesses a more accurate representation of attendance. Although using biometrics in this way can give businesses more control, they should be wary against creating an atmosphere of mistrust. If organizations do go down this route, they should be upfront about their reasoning or employees could feel as though they are under constant surveillance.

The changing nature of security

One of the other reasons that biometrics have seen greater uptake is because of changing attitudes towards security. People expect to be able to access highly important information and services securely wherever they are. Having all your company data stored on an internal server that is locked away in a maximum security vault may be difficult to infiltrate, but it is also practically useless. And yet at the same time, high-profile security breaches will simply not be tolerated by investors, partners or customers. And so we come back to the same old balancing act between utility and security. For businesses, biometrics could provide a valuable tool to help them manage this challenge

However, as with any new technology, organizations should carefully consider whether biometric security is right for them. For example, the technology does have some disadvantages in its current state. Firstly, there is the question of accuracy. Studies indicate that the majority of fingerprint scanner has an error rate of around one to three percent. Even for more accurate devices, cultural inertia could see the technology considered less trustworthy than more traditional security methods. What’s more, some biometric identifies can change slightly over time, meaning that the technology will have to be reconfigured. These may not be major issues, but considering that biometric technology will require time and financial investment, it is easy to see why businesses may not be ready to get onboard.

Trust issues are also likely to abound as well. Whereas employees are unconcerned about handing over a password to their employer, giving them more personal information such as their fingerprint raises more fears. Even though the technology does not store actual fingerprint images, worries surrounding identity theft and privacy are likely to remain for the foreseeable future.

That being said, there are many advantages to biometric technology, particularly in the field of business security. Although criminals can lie about who they are, or steal an identification pass, mimicking a unique fingerprint or iris pattern is, at the moment at least, much more difficult. As long as that remains the case, businesses hoping to safeguard their sensitive data will look at biometrics as a viable option.