Choosing And Using A Home Safe 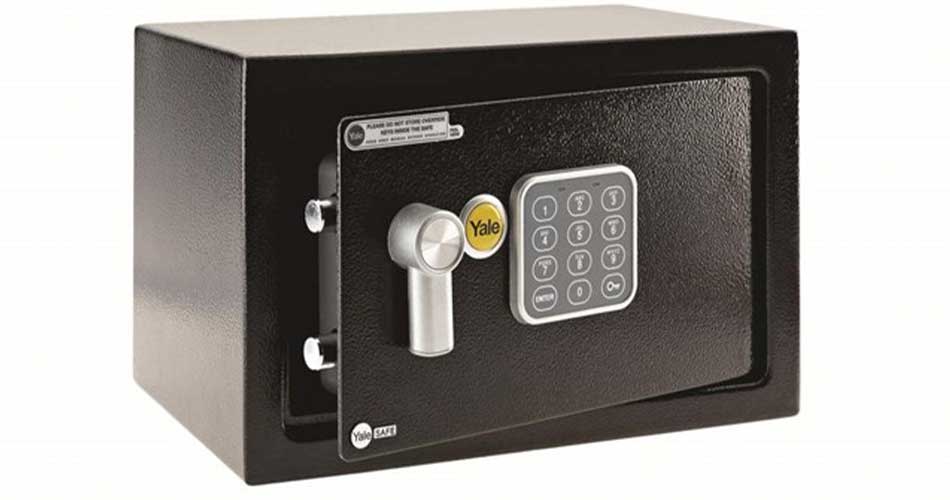 Home safes might not be the best place for your precious jewelry, rare coins, or 1952 Mickey Mantle rookie card. For those kinds of treasures, a safe-deposit box at a bank probably offers more protection. But if you want to safeguard hard-to-replace items such as family photos, birth certificates, passports, and tax records while keeping them close at hand, a safe could be a relatively inexpensive solution.

A simple way to determine how large a safe you might need is to pile up everything you plan to put in it and measure. A fairly common home-safe capacity is 1.2 to 1.3 cubic feet, which should easily accommodate a foot-high stack of 8½- by 11-inch papers, for example.

Most home safes are designed to protect their contents from fire, theft, or both. Some also offer water resistance. We don’t test safes here at Consumer Reports, but many are tested by independent organizations such as Underwriters Laboratories (UL) and Intertek (which uses the ETL mark). Here are some of the ways they evaluate them:

Fire is the No. 1 concern of most buyers, according to Greg Bonsib, director of brand management at SentrySafe, a major manufacturer in Rochester, N.Y. How real is that risk? The National Fire Protection Association says that during an average lifetime, there’s a one in four chance of experiencing a household fire large enough to warrant calling the fire department.

UL and Intertek rate fire-resistant safes in terms of what type of material they’ll protect and how long they’ll protect it. For example, safes rated to protect paper documents shouldn’t get any hotter than 350 degrees on the inside during a fire, according to John Drengenberg, consumer safety director at UL in Northbrook, Ill. If you plan to store old tape recordings or 35mm slides, however, you’ll want a safe that’s rated not to exceed 150 degrees inside, he says. Computer disks and DVDs are even more sensitive, so if that’s what you’ll be storing look for a safe whose interior won’t exceed 125 degrees. This information should be on the safe itself, and you might see it on the packaging as well.

For home safes, 30 minutes of protection is most common, although you can also find safes that offer one or more hours’ worth, typically with higher price tags. Generally speaking, 30 minutes should be sufficient, Bonsib says. “Fires tend to move through a home, so 20 minutes is about the average in a room or an area.”

Independent ratings for burglary resistance are less common for home safes than for ones made for commercial users, such as jewelry stores. To determine their burglary-resistance ratings, UL testers go at safes with tools, torches, and even explosives, Drengenberg says. A TL-15 rated safe, for example, can withstand an attack of at least 15 minutes using common tools.

While most home safes don’t carry a rating for burglary resistance, they do, as a practical matter, provide some protection. Chris E. McGoey, a security consultant in Los Angeles, says that burglars generally go for what they can grab in one run through a house. “Once they get their arms full,” he adds, “they’re out of there.”

A 1.2 or 1.3 cubic-foot safe probably weighs about 100 pounds empty, making it a less attractive target than jewelry, cameras, small electronics, and other more portable items a burglar might spot. Many safes also come with bolt-down kits, a further deterrent to thieves in a hurry. Other safes can be concealed in a wall or anchored in a concrete floor.

Protection against water tends to be an added feature of home safes that are also fire- or theft-resistant. Dale Soos, an engineer with Intertek, says his organization confers a “verified” mark on safes that meet their manufacturers’ criteria for water resistance. Some safes are submerged to simulate the effects of a flood or broken water line.

Where to put it

The best place for your safe will depend on the design of your house, but there are some trade-offs worth considering. The master bedroom tends to be the first stop for burglars, according to McGoey, so it might not be the ideal site for the safe. Your basement could be better from a fire-protection standpoint; there’s usually less down there to burn, Soos says. But if your home is located in a flood-prone area, the safe might be at greater risk in the basement.

What else to keep in it

The table below lists some important documents you might want to keep in a safe. And the Insurance Information Institute points out that a home safe can be a good place to store an inventory of your possessions… just in case.

What to stash in your safe

A home safe gives you 24/7 access to documents you might need from time to time without requiring a trip to your bank’s safe-deposit vault.