Choosing The Right Combination Lock To Keep Your Valuables Safe

HomelocksChoosing The Right Combination Lock To Keep Your Valuables Safe 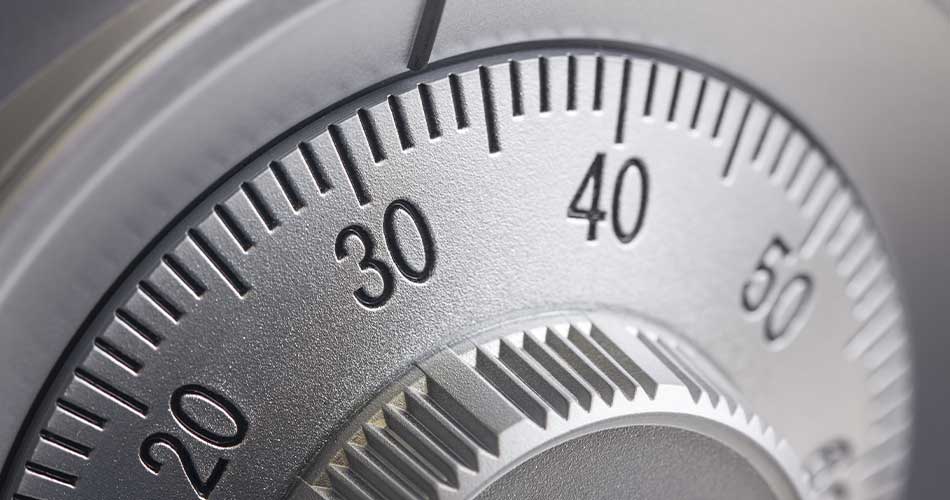 A combination lock is the type of lock in which a sequence of numbers or symbols is used to open the lock. The sequence is usually a specific permutation rather than a true combination. The sequence may be entered using a single rotating dial which interacts with several discs or cams, or by using a set of several rotating discs with inscribed numerals which directly interact with the locking mechanism.

One of the simplest types of combination lock, often used in low-security situations is the bicycle lock, which uses several rotating discs with notches cut into them. The lock is secured by a pin with several teeth on it which hook into the rotating discs. When the notches in the discs align with the teeth on the pin, the lock can be opened. The multiple-dial lock is considered to be one of the least secure types of combination lock.

Opening a multiple-dial lock without the combination depends on the slight irregularities in the machining of the parts. Unless the lock is machined precisely, when the pin is pulled outward, one of the teeth will pull more strongly than the others on its corresponding disc. This disc is then rotated until a slight click is heard, indicating that the tooth has settled into the notch. The procedure is repeated for the remaining discs, resulting in an open lock, and a correct combination, in very little time.

Combination locks found on padlocks or safes may use a single dial which interacts with several parallel discs or cams. Customarily, a lock of this type is opened by rotating the dial clockwise to the first numeral, counterclockwise to the second, and so on in an alternating fashion until the last numeral is reached. The cams typically have an indentation or notch, and when the correct combination is entered, the notches align, allowing the latch to fit into them and open the lock.

Combination locks of this type are generally more secure than the multiple-dial lock, but some of them do have weaknesses. For example, early combination padlocks made by Master lock could be cracked by pulling on the shackle of the lock and turning the dial until it stopped; each numeral in the combination could be revealed in this manner.

More recent models of Master padlock with a 40-position dial have a mechanical weakness that can give away the last numeral in the combination, and the first two numerals have a mathematical relationship with the last number. This weakness reduces the number of possible combinations from 64,000 to a mere 100, which can be tried in a relatively short amount of time.

Inexpensive padlocks are often susceptible to the use of a padlock shim, which can be used to release the shackle without entering a combination.

Many doors use combination locks which require the user to enter a numeric sequence on a keypad to facilitate entry. These special locks usually require the additional use of electronic circuitry.

The main advantage of this system is that if used for the door of a large office, each employee can be told the code number without having to supply a key to each person.

The disadvantage, however, is if the code number is discovered by someone out site the desired group or is not changed regularly, it could allow easy access to a potential intruder.