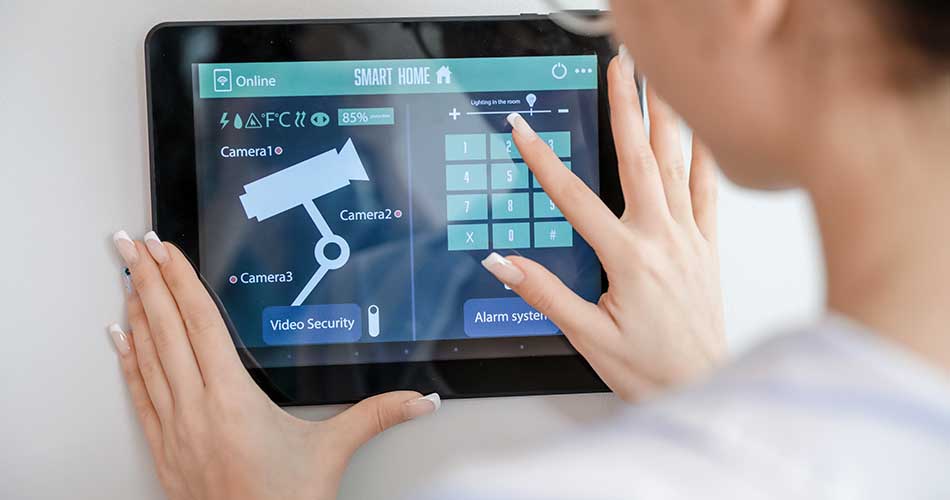 Studies have been conducted on the effect of the presence of a home security system. The results are in: as much as 60% of burglars casing a potential target would indeed be deterred by an alarm system. (1)

Burglary by the Numbers

Though the occurrence of home burglaries has decreased over the past decade, burglary remains a real concern for many Americans. According to the FBI, nearly 1.6 million burglaries took place in 2015, and the average dollar loss per burglary was $2,316.(2)

Beyond the monetary cost, the loss in terms of feeling less safe in one’s own home is impossible to measure. Those costs combined could explain why more and more people are investing in home security systems.

It’s hard to measure a negative—that is, count occurrences that didn’t happen, like robberies that might have taken place but didn’t because of the presence of an alarm system. So how can we assess whether home security systems deter crime? We can go straight to the burglars themselves.

In a comprehensive study conducted by the University of North Carolina at Charlotte, researchers interviewed more than 400 incarcerated men and women who were convicted for burglary. The majority (60%) of the burglars in the study said they would look for an alarm before robbing a house, and if an alarm system were present, most would move along to another target.(3)

Making Your Home Safe from Crime

There are many steps you can take to keep your home and family safe: installing sturdy locks on your windows and doors, lighting paths to home entryways, and following common-sense precautions such as never letting a stranger into your home. A home security system adds an additional layer of protection and peace of mind.

Alarm systems have become increasingly sophisticated through integration with smart home technology. Beyond a simple blaring alarm, many of today’s home security systems include real-time notifications to your cellphone if an unauthorized person enters your home.

An Investment in Your Safety

Whether you’re thinking of a simple camera near the front door or a fully integrated and monitored system, anything you can do to protect your home from being broken into is a smart investment. The peace of mind that comes from knowing you have done everything you can to keep yourself, your loved ones, and your valuables as safe and secure as possible is indeed priceless.

The right combination of motion sensors, video monitoring, alarms, and 24/7 support can give you a greater sense of security at home. If you’re ready to start exploring greater home security, we’ve put together a resource guide to help you choose the system that’s best for your needs.