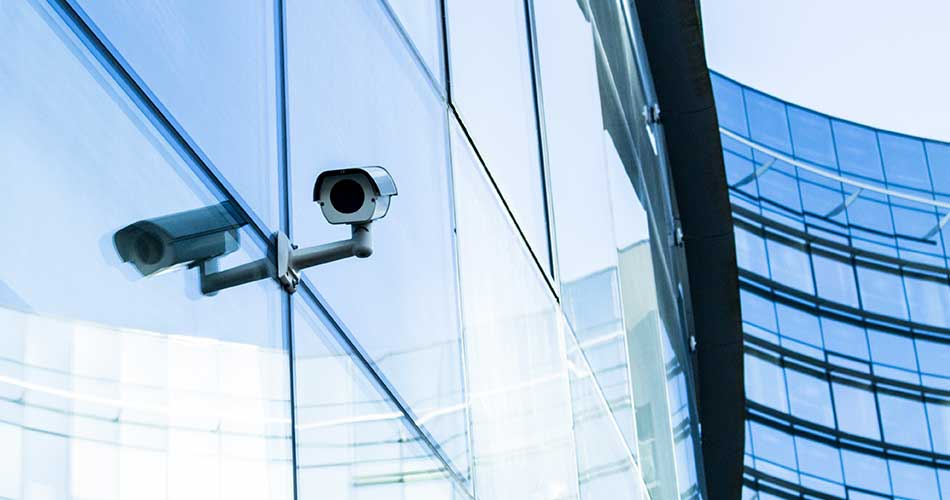 The Good, The Bad, and The Ugly

Pros: Don’t get us wrong—there are some benefits to faux security cameras, and generally we’d say that having them is better than nothing. Let’s look at some of the pros:

• They’re cheaper than real cameras: Fake surveillance cameras are usually pretty inexpensive. You could potentially outfit your entire home with dummy cameras for the cost of just one or two real cameras. For example, this four-pack of reasonably convincing fake cameras is only $20.99 on Amazon and has tons of good reviews. This similar, but real, camera is $19.99 for only one.*

• They’re easy to install: Since fake cameras don’t have any wires to route or receivers to configure, you’re looking at an easy installation process. Generally, you’ll just mount the camera where you want it with a few screws and call it a day. It doesn’t get much easier than that.

• They might deter some criminals: Probably the best we can say about fake security cameras is that they are better than nothing. It’s possible that a crook may fall for the ruse and pass on your home because they believe the cameras are real.

Cons: When it comes to dummy security cameras, there are several glaring issues:

• They may come with possible legal implications: While you are probably OK to use fake cameras at your own home, using them elsewhere, such as at the office, could open you and your business up to potential legal trouble.2 The main issue is that you could be creating a false sense of security for employees and visitors to the building.

• No footage means no proof: In the event that someone does break in, law enforcement is probably going to ask to see the footage from your security cameras. Being fake, those cameras haven’t produced any footage. Many times, no footage means no leads.

• They are easy to distinguish to the trained eye: While dummy cameras may fool amateur thieves, anyone with some experience will be able to pick out the fakes easily. For example, the blinking red light that every dummy camera seems to include is almost never found on real cameras. Details like this are a dead giveaway that the camera is fake. Rather than deterring experienced criminals, fake cameras may actually have the opposite effect—giving them confidence that you don’t have real security measures in place and that your home is safe to break in to.

• They won’t provide real peace of mind: The biggest issue we see with fake cameras and other security tricks is that they will always leave you wondering. Will thieves be deterred? Will they fall for it? Real cameras don’t leave you unsettled because even if someone does break in, you have footage that can be used by police to track down the suspect.

What Are the Alternatives to Fake Cameras?

While deterrence is wonderful, you want security solutions that will provide some fallback if the deterrence fails.

The most obvious alternative to a faux camera is a real camera. While working security cameras might not be as cheap as dummies up front, they are more effective in preventing a break-in. As a result, we’d consider them more cost-effective in the long run. In the event of a break-in, the greater usefulness of the real cameras will almost certainly make up for the initial cost.

If budget is a major concern, you can set up a reasonable system for under $100, with an indoor and outdoor camera, cloud storage for the footage, and some yard signs and stickers. Check out our guide to budget home security systems.

Invest in a Home Security System

A complete home security system includes cameras, but it also covers a number of other devices that can both reinforce the benefits of cameras and provide new ones. A full security system can come with features like door and window sensors, motion-activated lighting, smart locks, and 24/7 monitoring.

You have a lot of options these days, from small DIY setups to fully monitored, professionally installed systems. If you’re not sure where to start, check out our roundup of the best home security systems on the market.

Motion-activated lights can serve as a deterrent while also providing necessary illumination to dark areas of your home or yard. Crooks will generally avoid well-lit homes because it is much harder to remain undetected. Motion-sensing lights can also startle potential burglars, which may scare them off before they get a chance to attempt a break-in. They’re also convenient if you ever have to take a pet out after dark.

Get a Guard Dog

A well-trained guard dog can serve as a reasonably effective alarm system, deterrent, and line of defense against break-ins. Even an untrained animal may be enough to scare away intruders, especially if it’s large. Relying on a dog for home security does have some drawbacks, though, not the least of which is that you may be putting your pet at risk. While we don’t recommend getting a dog strictly for security purposes, it can be a nice side benefit of having a loyal pet. Just don’t make it your only defense!

Use Smart Locks on Your Doors

A strong deadbolt is one of the most basic and important layers of security you can have in a home. You can take the basic door lock a step further with a smart lock. Smart locks provide all the benefits of a regular deadbolt while also adding some additional safety and convenience features—such as biometric sensors and smartphone compatibility. Like many smart home devices, they can be a little pricey up front but can pay back dividends in convenience and enhanced security.

In the end, fake security cameras remind us a lot of fake security signs. They have many of the same benefits, like being cheap and easy to set up, but they also have the same drawbacks—in the event that a crook calls your bluff and you actually need security, they provide nothing. In our mind, it just isn’t worth the risk.