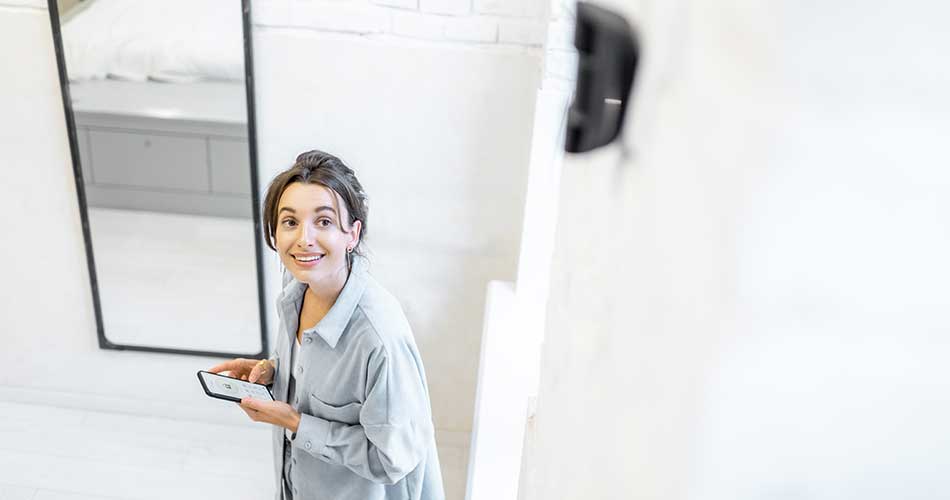 Home security is an important aspect of any residential property. In fact, installing home security equipment can actually save you money on insurance premiums in some cases! There are plenty of devices on the market, ranging from the highly-effective to the truly bizarre; one of the most popular is the motion detector. Motion detectors are installed in many different areas of the home, and can be used to tell all sorts of devices to turn themselves on. If you’re thinking about a home security upgrade, the following uses of motion detectors are well worth your consideration.

Motion Detector Lights
By far, the most popular use for motion detection is in lighting. Motion detector lights are used in many situations and for many reasons, but their singular purpose, shedding light on dark situations, is extremely effective. For years, motion detector lights have been used outdoors to prevent trespassers from remaining hidden. Many homeowners have found that they are also extremely helpful when entering their own homes at night, lighting the way and revealing any obstructions.

In some cases, motion detector lights are used indoors, too. Though definitely less common than outdoor versions, indoor models have a wide variety of uses and applications. Though security and lighting are the main jobs, many homeowners invest in these devices for the savings they offer. Why leave your porch lights on all night? When you leave a room, do you sometimes forget to flip the switch? These motion detector lights work only when they’re needed. Plus, they run on a timer delay and will automatically shut off after a certain period of time. So why risk wasting all that electricity?

State of the art motion detector camera systems installed by a professional can keep tabs on an entire property, while simple set ups can capture specific areas where break-ins or other incidents are likely to occur. Of course, this relatively new technology can get pretty expensive if you want the whole nine yards, but as they are getting smaller, more effective, and cheaper every year, there’s a very good chance that these devices will soon be in the price-range of every homeowner (if they aren’t already)!

Motion Detector Alarms
While lights might deter some and cameras might catch wrong-doers red-handed, motion detector alarms are designed to protect your family, scare off intruders, and sometimes alert the authorities, as well. Once the mainstay of spy-films, motion detector alarms have made their way into the residential sector with relative ease. Of course, they are no good if household members are constantly setting them off accidentally; though these devices can easily be controlled by the homeowner to prevent such a situation, it is important to explain to every member of the household (particularly children) what these devices are and how not to trip them off.

How Motion Detectors Work
Most motion sensors use a passive infrared (PIR) construction, which means that an electronic chip sends out infrared light signals (invisible to the naked eye) from its lens. This beam doesn’t monitor motion but rather temperature. So when a warm body passes within a given range, a rapid change in infrared energy occurs and the device activates. However there are other active forms of detection available, such as radar systems (which work like a radar gun, bouncing microwaves off moving objects) or ultrasonic systems (which send out sound waves and measures the returning echo).

Though the most basic motion detector devices are very easy to set up, those who want the most from their systems should consider professional installation. Not only will the pros be able to give you some helpful information on optimal sensor placement, they are likely to have plenty of expert advice to make other areas of your property as secure as possible.