How To Outsmart A Burglar And Keep Your Home Safe

Homealarm systemHow To Outsmart A Burglar And Keep Your Home Safe 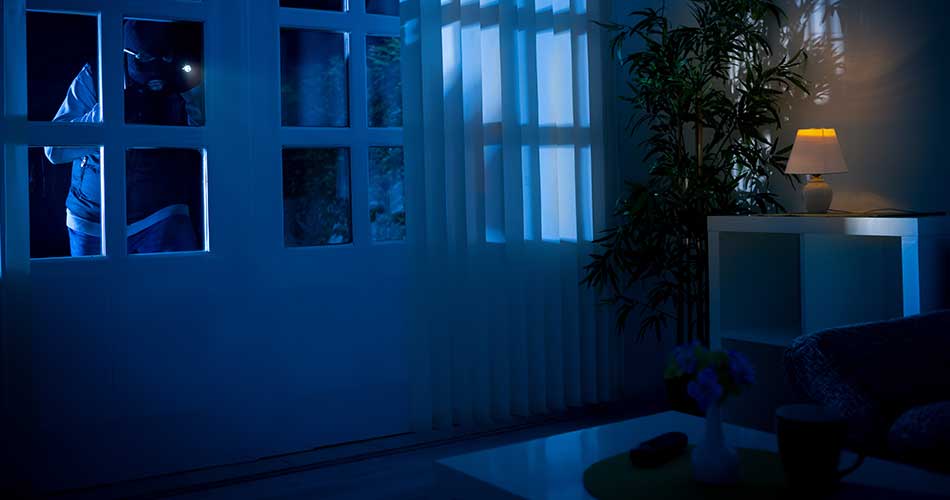 You can outsmart a burglar. Consider these anecdote from 2014. Two Minnesota men were robbing a car repair shop when one of the thieves accidentally pocket-dialed 911. As you can imagine, this butt-dial inadvertently provided dispatch with their whereabouts and intentions—and police apprehended the burglars without a hitch. Unfortunately, not all crimes can be intercepted as seamlessly, nor is burglary usually that comedic.

To better understand what a burglar looks for, SafeWise consulted Bob, a former thief.

You might be thinking, “Reformed, pfft! Who does this guy think he is?”

Bob’s usually someone you’ve seen before, like a handyman who visited your home for an emergency fix. Bob could also be that person you thought was a surveyor assessing a property, when in fact, he was just a basic burglar casing some houses. And since Bob’s changed his ways, he offered us thoughtful insights and anti-burglary suggestions to help prevent you from falling victim to burglary.

A Different Kind of Curb Appeal

Real estate agents aren’t the only ones who are keen to curb appeal: burglars are too. Your curb, yard, and daily behavior can tell burglars a lot about the goodies you’ve got behind closed doors. Below you’ll find a myriad of indicators that detail what a burglar considers to be welcome signs.

Burglars have a fine appreciation for woody front yards and lavish landscaping. You know that large, weeping blue pine you planted out front? Well, it doubles as a hiding spot. Plus, all that money, time, and effort you put into your lawn is an indicator that you’re willing to put money into other items and this can outsmart a burglar.

Thieves love to fly under the radar. Any area that allows them to keep down low is of prime interest. Like your boxwood shrubs—great for keeping out of sight.

The movies might lead you to believe that thieves use high-tech scopes to see what you have lying around the house, but they actually prefer a more rudimentary method of spying—windows! Windows offer a top-quality view of your valuables and allow burglars to see whether or not you have a home security system or a dog.

Kids won’t always pick up after themselves, try as you might to get them to. Pricey-looking toys scattered throughout the front yard tell a burglar that you’re willing to spend the extra buck on playthings for your kid but are too busy to pick them up—meaning you’re also likely to leave the house unlocked or forget to arm your security system.

As the saying goes, “One man’s trash is another man’s treasure.” Rooting through your trash isn’t the most glamorous approach, but it gives a thief insight as to what you own. Recycling is of particular interest because they can see whether or not you’ve purchased any big-ticket items. Know how to make their pilfering easier? Don’t break down the boxes—that way they know exactly what to look for when they revisit your home.

If you’re leaving town, ask a neighbor to pick up your mail for you. This prevents curious thieves from inviting themselves onto your stoop and into your home.

Humans are creatures of habit and routine. Unfortunately, this helps burglars figure out when to strike. They’ll pay attention to when you leave, how long you’re gone for, if you’ve locked the door, and whether or not you unload expensive items in your driveway.

How to Know If You’re Being Targeted

Now that you know what a burglar looks for as they peruse potential houses, we’ll break down what you should look for in a burglar and how to outsmart a burglar.

Be aware of strange vehicles or pedestrians acting out of the norm. Regardless of where you live, be it in a city, on a through-street, or on a cul-de-sac, you ought to keep your eyes peeled for vehicles or people loitering around for no particular reason. Don’t be afraid to call your local, non-emergency police number if you’re worried about something.

What might seem like an innocent request or offer to work can be a means to see the interior of your home. Thieves are true opportunists, and they’ll strike whenever the iron is hot. They want to get an idea of what your demeanor is like too. So be wary should a person come to your door with a work-related offer that’s just too good to pass up or a slightly odd, yet plausible request for assistance.

Pay close attention to your home’s surroundings and front and backyards. Any small change can indicate that your house is being cased. Often, a thief will mark the house to see if anyone is home and will alter the mark to remind themselves to revisit that house. These marks can be as simple as an errant spray paint dot on the yard or house itself, a missing welcome mat, or even a miscellaneous item that’s repeatedly left outside of your home. The marks are often indicative of a “house draft.” A house draft occurs when a burglar places an item in front of your house. If you remove the item, you’re home. If you don’t, then burglars see that it’s time to seize the moment.

Burglars want to spend as little time in your house as they possibly can, which is why they have a list of go-to items. The following items detail what a thief looks for when they’re inside your home—and where they know they can find it!

Remember that passport application you’ve been meaning to mail out? You left it on the dining room table to remind yourself that it needs a stamp. If a thief gets their hands on your sensitive information, they can do a lot of damage.

Teenagers aren’t the only ones who raid liquor stashes—thieves often beeline to the liquor cabinet when you’re not home, so be mindful of where you hide that nice bottle of single malt scotch. We recommend leaving out a decoy bottle that’s easy for them to find: simply rinse out an empty bottle of spirits, and refill it with similar-looking liquid.

Burglars like a fast steal and an even faster turnover sale. So those decorative plates above the mantle are headed out the door.

Thieves love cash. It’s impossible to reclaim, and a burglar gets immediate gratification from it. Not to mention, you store it in the most obvious of places—the sock drawer, a small safe, side table, bookcase, or even the medicine cabinet. Speaking of which . . .

These pint-sized items go a long way in terms of usage and resale value. And they’re easy to find—burglars often head straight to the medicine cabinet.

Like you, thieves also value family heirlooms. You’ll need a creative spot to stash them other than the back of your underwear drawer—something like a safety deposit box would be more effective.

This is a bit of a no-brainer. Computers, smart devices, TVs, and other electronic items offer a premium trade-in or resale value, and usually, they’re left out in the open.

Criminals don’t like messing with a gun safe or locked cabinet, but if they need to go the extra mile for the sake of resale value, they will.

If a thief can’t get into your house, they’ll try the garage, which likely is laden with tools that will bring in a nice wad of money.

How to Prevent Burglary

Burglars are predictably unpredictable, but there’s a bevy of ways you can proactively protect yourself. Below you’ll find a variety of suggestions to assist in anti-burglary defense.

A neighborhood watch system is a resident-run surveillance arrangement that’s intended to thwart crime in your neighborhood. This civilian-based system is a great way to keep your community united and on the same page regarding issues like homelessness, new construction, and general resident safety. Ultimately, multiple eyes on the block mean fewer chances for crooks to steal from you.

• Invest in a Security System and Cameras

Give yourself peace of mind with a home security system. Your options vary from indoor or outdoor security cameras (without monitoring services) to well-reviewed security systems.

Vacation is exciting, but don’t showcase your absence on social media—you never know who is watching.

• Make Your House Look Lived In

When you’re out of town, make sure you put a hold on your mail. Put your lights on a timer, or ask your neighbors to intermittently park in your driveway. Give your home a lived-in look and feel.

• Get a Smart Lock

If you have kids, lose your keys frequently, or want to automate your home, look no further than a smart lock or deadbolt. Some smart locks allow you to lock or unlock the door from your phone, which is ideal for on-the-go or forgetful folks.

• Don’t Open the Door for Just Anyone

Don’t feel obligated to answer the door—especially if you don’t know the person. If you prefer to screen your visitors like you screen phone calls, check out our handy guide on smart doorbells.

Regardless of how cute Fluffy might be, dogs are a formidable presence—a thief will hesitate to mess with their turf. If you’re dog-less, pick up a “Beware of Dog” sign to hang in your front window or porch.

Late afternoon light is wonderful, but leaving your blinds raised opens up your home to passersby and therefore thieves.

Burglars want to be incognito, and smart bulbs or motion sensitive lights prevent that from happening. Smart bulbs can be controlled from a home security smart hub too.

• Always Lock Your Doors and Windows

An unlocked door is an open invitation. If you want to go the extra mile, outfit your windows and doors with motion sensors.

Be cognizant of who you invite into your home and how much information you share with that person. That friendly handy worker might have ulterior motives.

• Get a New Hiding Spot

Burglars know the ole sock drawer hiding spot. Get creative—hide valuables in your kid’s toy basket or the canning supplies cabinet. Or better yet, buy yourself a safe.

While there’s no surefire way to prevent a burglar from casing your house, remaining vigilant and aware and taking precautionary measures will help protect your home and family in the long run. So whether you choose a dog, motion-sensitive lights, or a professionally monitored home security service, trust that you’ve made the effort to protect your home from thieves.