How To Protect Your Home During Peak Burglary Season

Homealarm systemHow To Protect Your Home During Peak Burglary Season 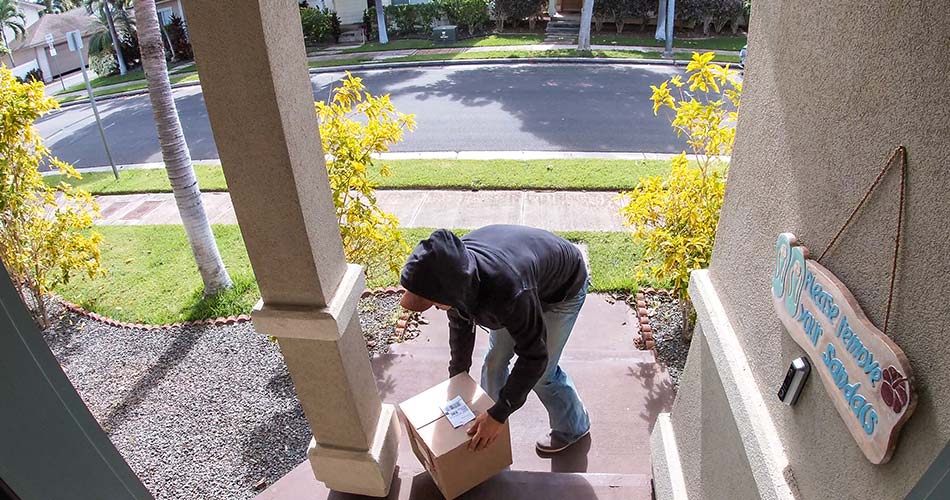 I might be jinxing myself, but so far, the only major possession I’ve had ripped off was my first 10-speed bicycle, a sleek black 1975 Bertin. I was heartbroken: All that was left was a mangled lock.

And the closest I came to a real burglary was my boyfriend’s tenement on New York’s Lower East Side. They stole his gigantic jar of coins, a toothbrush and the shower head: a very puzzling assortment.

Both thefts happened during the summer, which is peak time for burglaries. That’s probably because so many of us are heading out of town, more worried about sunblock and suitcases than securing our homes.

This morning TODAY ran a spot with tips on how to protect your home when you leave it. Security expert Chris McGoey gave us a lot of tips: so many that we didn’t have time to get them all on the air, so here are some more.

Starting with the front of your house: Just like everyone else, the bad guys usually try the front door first. After going bleary-eyed from watching too many home surveillance tapes, I was shocked at the number of times the thieves just broke down the front door. McGoey suggests a Grade 1 deadbolt with a heavy-duty four-screw strike plate, with at least 3-inch screws that go past the door’s wooden frame. I know it sounds like a mouthful, but if you watch a couple of doors being busted down, you’ll get it.

McGoey had two major points: Make it look like someone IS home, and make sure you don’t leave signs that you’re NOT home, like a yard dappled with fading newspapers, doorknobs festooned with flyers, and an overflowing mailbox. McGoey advises you get a neighbor to do a daily sweep. Try to leave a car parked in the driveway, ’cause nothing says, “I’m home” like a parked Camry, even if it belongs to a friend or neighbor.

In fact, to protect your home, McGoey says the best defense is probably your nosy neighbor. In fact, tell all your trusted neighbors where and when you’re going, and give them a list of how to contact you. And McGoey also suggests you make it easy for them to see your house. Cut down or trim the shrubs and trees that would obscure their view of your house; if they can’t see your house, they also can’t see the bad guys get in.

To make your house look lived in, put several lights on timers, leave a radio on (mine’s set to a screeching talk-radio station that sometimes scares me). McGoey is also a big fan of exterior lights, especially ones that are motion-activated. And you should always have exterior lights on the front of the house on timers, whether you’re home or away.

My favorite tip was included in the on-air segment, but I was so taken with its simplicity that I have to repeat it: Use a good ol’ rubber doorjamb to keep doors from being opened. And while it might seem stupid to say: Lock your doors. All your doors. And your windows: all your windows.

And some advice worth mentioning again: An alarm system is great if you want to protect your home. And just as important as the system itself are the decals and security signs that go with it: Those are as much of a deterrent as any blaring alarm. If a burglar sees you have an alarm and someone else doesn’t… guess who gets robbed?

I also loved McGoey’s low-cost, low-tech suggestion about where to stash jewelry and money. He showed us a very realistic Ajax can safe that you can pick up at most home improvement stores, and an empty cereal box. What burglar worth his salt is going to want to rifle through my family-size Grape Nuts box for a chance at finding my pearl earrings? Lucky Charms, maybe, but not a box of fiber pellets.

But maybe the best defense against theft is a good offense. When I was a kid, we had this real lemon of a car. The first day we got it, the passenger unexpectedly reclined, and it got worse from there. But, Mom had a plan. She left the keys in the car when we headed for our pilgrimage to Miami Beach, figuring someone would mercifully put her out of her misery and steal it and its persnickety manual choke. Alas, even the thugs knew it wasn’t worth the trouble. In fact, it ran for another decade until my folks finally sold it. And I wouldn’t be surprised if its still out there running.