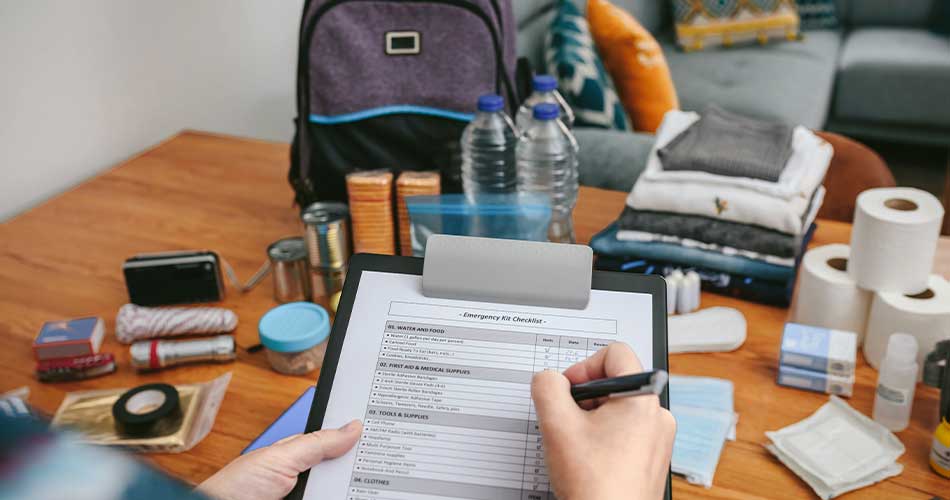 As an example, consider the 1900 Galveston Hurricane. That officially unnamed Category 4 hurricane claimed between 8,000 and 12,000 lives in Galveston, Texas, and remains the deadliest natural disaster in the history of the United States.

Hurricanes pose the greatest threat to residents in coastal areas like Galveston because they form exclusively over warm ocean waters near the equator. As the hot, wet air rises, pressure areas between the ocean water and clouds create circular currents that spin and grow. Once the storm rolls inland, coastal cities are often their first targets. Hurricane Katrina, which pounded New Orleans and surrounding areas in 2005, is the third-deadliest and most costly hurricane in U.S. history.

The extent of a hurricane’s destruction stems from the intensity of the storm, as well as a number of other factors, including the effectiveness of advance warnings, the presence of defensive structures like seawalls or mangroves, and the structures in the area.

The Saffir/Simpson Hurricane Wind Scale groups hurricanes into five categories based on wind speed. The ranking system was originally created by Herb Saffir and Bob Simpson in the 1970s, and it sets the threshold for a Category 1 hurricane at 74 miles per hour. A Category 5 hurricane has winds of 157 miles per hour or higher and is considered catastrophic, although it’s important to note that even Category 1 storms can be deadly, particularly due to flooding.

One particularly powerful Category 5 hurricane to hit the U.S. was Hurricane Andrew in 1992. That storm struck the Bahamas, Florida, and Louisiana. With 44 hurricane-related deaths and an estimated $26.5 billion in damages, Hurricane Andrew was the costliest U.S. hurricane before Katrina and the deadliest hurricane in Florida before Hurricane Irma stole 123 Floridian lives in 2017.

The top five deadliest hurricanes in the U.S. have been Category 3 hurricanes or stronger.

When the Galveston storm struck in 1900, advisory notices from the U.S. Weather Bureau were too little, too late.

The National Weather Service admitted much later that information at the time was “sketchy” and “little if any knowledge” suggested the storm was headed for Texas. Yet meteorologist Al Roker writes that this limited information came less from insufficient technology than the U.S. Weather Bureau’s refusal to communicate with Cuban forecasters following the Spanish-American War. Cuba was a leader in meteorology at the time and was tracking the storm as it moved over the western part of that country.

Had the nations communicated, Roker suggests many lives could have been saved.

Instead, official warnings were given to some eastern Gulf states and the southern Atlantic coast—but not to Texas. A day before the disaster, September 7, 1900, then-Galveston Weather Bureau Manager Isaac M. Cline raised hurricane warning flags above his agency’s building. While that wasn’t enough to alert everyone, the National Weather Service says “it is likely many more Galveston residents would have died without the warnings.”

These days, more advanced technology allows meteorologists to predict a hurricane’s path about a week before its arrival. In the U.S., the National Hurricane Center provides updates on hurricane warnings every six hours on hurricanes.gov, and the agency offers open communication with national and local news outlets.

Obama told NPR that Katrina’s damage symbolized “a failure of government to look out for its own citizens,” especially the low-income and black Americans that were most affected. (Read more about the impact of Hurricane Katrina.)

That’s partly because cheaper homes are often more at risk to damage, both from less robust building materials and from locations in less desirable areas, such as on lower or wetter ground. People of lesser means are less likely to purchase flood or hurricane insurance beforehand. They may also be less able to afford evacuation, with many lacking their own vehicles. And after storms, lower-income people often struggle more to rebuild. Housing prices tend to decline after a natural disaster strikes an area. While wealthy homeowners may be able to relocate post-disaster, others may find themselves trapped in a damaged hurricane zone.

What you can do to reduce risk from hurricanes

If you live in a designated hurricane zone (you can discover this by going to your state government website, like Florida’s Know Your Zone), or if a hurricane warning occurs, there are steps you can take to protect yourself before, during, and after a storm.

• Long before a warning is issued, coastal residents should make evacuation plans. Identify a safe shelter that is likely outside of harm’s way, and a route to get there. This can include stocking up on emergency supplies such as food, water, protective clothing, medications, batteries, flashlights, important documents, road maps, and a full tank of gas.
• The Department of Homeland Security recommends that coastal residents store at least three days worth of food, in anticipation of a hurricane.
• Charge electronics and keep portable batteries nearby—but don’t assume you will have a cell or radio signal during the storm. It can help to purchase battery-operated radios for back-up.
• But, don’t use your phone or handle electrical equipment unless necessary. Because lightning often follows wires, using a landline or other wired device could increase your chances of getting electrocuted. Even if you do get cell service, limit time on the phone to free up circuits for emergency personnel.
• If you live in a hurricane zone, invest in permanent storm shutters for windows. These will offer the best protection and reduce chances of shattering. If you don’t have storm shutters, the DHS recommends boarding up windows with cut-to-fit plywood.
• It’s also a good idea to keep clean such infrastructure as pipes and storm drains, to reduce damages as much as possible in the event that flooding occurs.

• As a storm unfolds, people should listen to local authorities on radio or television. As mentioned above, hurricane.gov provides updates every six hours, and people can also sign up for community alerts.
• Evacuation routes often close as a hurricane develops, which is why it is strongly advised to heed all recommendations and leave the area before a storm hits. However, if forced to weather a storm, take cover in the most secure building possible and stay away from windows.
• Remember that a lull often signifies the storm’s eye—not its end. Anyone riding out a hurricane should wait for authorities to announce that the danger has passed.
• Be smart. Although dedicated professionals and improved technology have made hurricane forecasting more accurate than ever before—it’s far from precise. If you feel unsafe in a hurricane-prone area, take cover.

• No matter how eager you are to re-start your life, experts say it’s best to take things slow after a hurricane.
• If you evacuated during the storm, don’t return until authorities say it is safe to do so. This could mean waiting an extended period of time.
• Once home, avoid electronic equipment and power lines. (You may even want to have a licensed electrician check your home for possible damages)
• Take pictures of any destruction to use as documentation later.
• Keep on the look-out for reptiles and rodents that may have washed into your space.
• Open windows to help dry the house.
• Do not use generators, electric or gas appliances, or open flames in case there are gas leaks, until you can be sure everything is in good order.
• Do not eat food from the refrigerator or drink tap water until you have checked for contamination. (Instead, you can obtain safe drinking water by melting ice cubes.)